What we are doing...

Nepal, called the "roof of the world" because of its location, its among the 10 poorest countries in the world. The average annual income per person is about 650€, so more than half of the population lives on less than 2$ per day!
Until 2006 there was civil war in the country for about 10 years, although it is now looking up, it is still difficult for the population, but the situation for the population is still very difficult.
In 2015, several strong earthquakes shook the country and once again brought unimaginable suffering to the people.
Surprisingly, however, the Nepalese do not allow themselves to be defeated. With their warm-heartedness, openness and unbroken confidence despite incredibly difficult living conditions, the win over visitors of this beautiful mountain country.
In spite of everything, everyday life is always a huge challenge for the Nepalese population.
There is a large number of orphans in Nepal as a whole, but especially in the mountainous district of Dhading.
Poverty is most often caused by the death of one spouse, whether caused by natural disasters like earthquakes and landslides, sickness, or accidents. The surviving spouse might not be able to make ends meet for him-/herself afterwards. In some cases, both parents died leaving their children orphaned. We also know of situations, where the mother has died while giving birth and the father not having the resources to look after a new baby, particularly if he already had a large family. When a widower remarries, it may even occur that his new wife rejects his earlier children.
In this regard, we want to provide food, shelter, clothing and good education for the children.

Our daily task as house parents is to take care for the children God entrusted to us to provide them with food, clothes, schooling and a Christian upbringing.

We are completely depending on our Lord Jesus Christ in all we do. In Him we trust for the provision of our daily bread as well as for all the expenses for the home and the schooling of each child.

As I pastor a church as well, the children take part in several services. This is an additional way of showing that we live our faith by praying, reading bible, preaching in church and just as naturally stretching out our hands to our neighbour in need.

The children in their school uniforms

Tired after a long day

Man Bahadur and his staff have set themselves the task:

Thanks to the support of various organizations, churches and congregations after the 2015 earthquake, Man and his helpers have been able to provide food and shelter to many families here in Dhading Besi and in the villages further afield in the mountains.

Support after the earthquakes in 2015

shelter for many families in village area

Since the need especially of the children in Nepal is still very great, Man B. and Tara would like to give more children a home. But the financial possibilities are limited, so we ask God to give regular supporters.

But also every unique and every small support is welcome. Already 10€ per month or once are a big help!

Together we can make a difference! 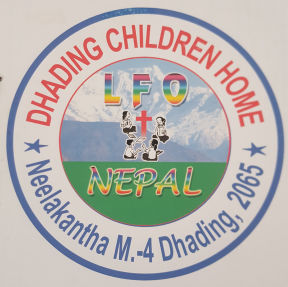